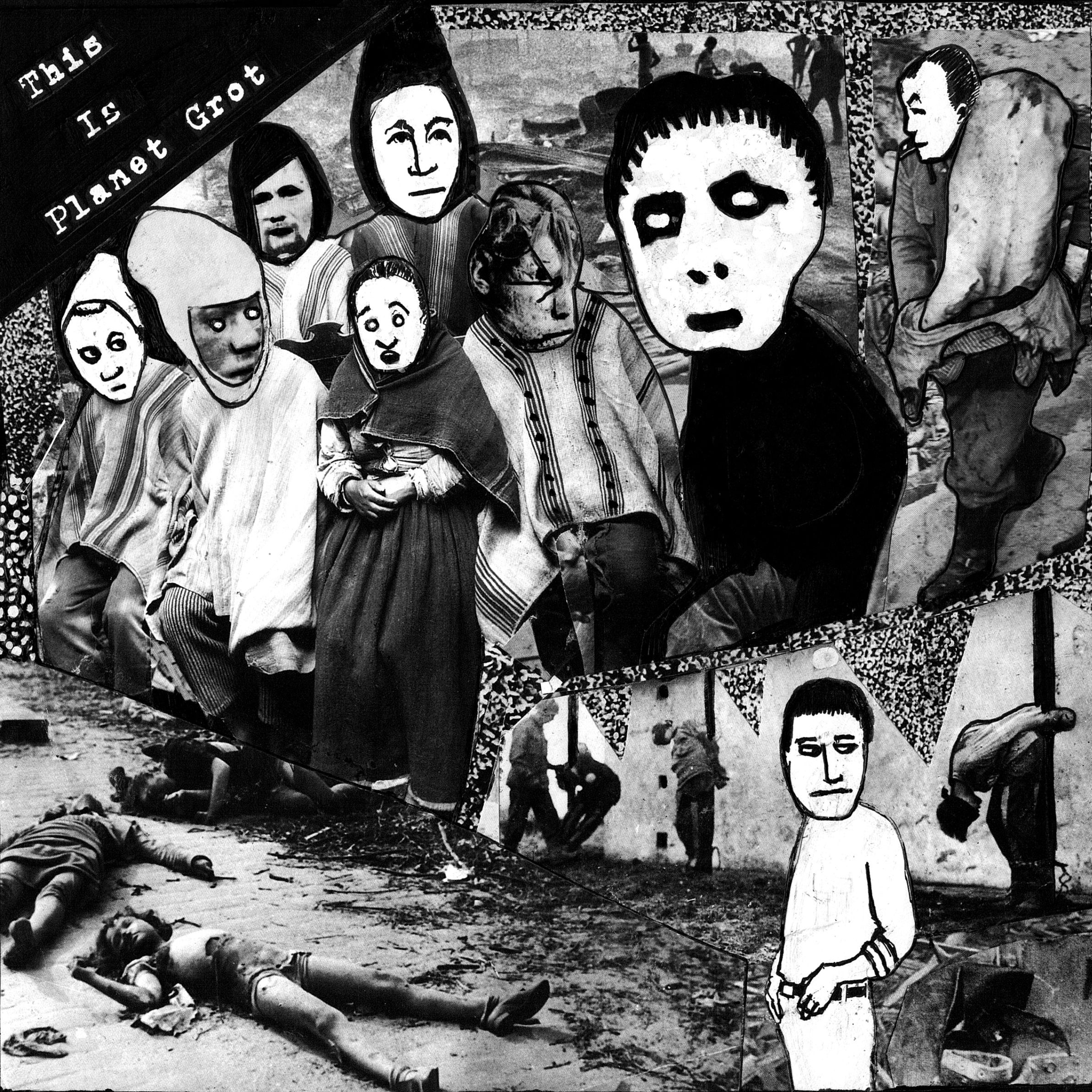 2014 was a very creatively fertile year for me.

I released 2 albums, the ‘concept’ album ‘Compassion Fatigue (1-8)’ as well as old school punk album ‘This Is Planet Grot‘ (album sleeve above). ’Compassion Fatigue’ was based around an idea where the first song would be exactly 1 minute long and in the key of A, the second song exactly 2 minutes long and in the key of B etc.. I built the album spontaneously starting with whatever riffs and words were occupying my mind at the time. Recording began with Mark Bhalla at Ocean Studios in London and further recording was done at Active Audio Studios in Harrogate with Dan Mizen. Long-time collaborators, voice instrumentalist Maria Jardardottir and multi-instrumentalist Dave Kemp were joined by drummer Mark Law and guitarist Nick Dunne. The album received many excellent reviews including ones from Stereo Embers and Louder Than War. Norwegian film-maker Ulf Kristiansen made a suitably creepy animated video for ‘Cold Body Pussycat’ from the album. Watch it here!

Punk album ‘This is Planet Grot’ was born from a set of songs that I’d had for a while but only recently decided to make an album out of. Recorded again at Active Audio Studios with Dan Mizen who also provided the monster drumming on the tracks. The album has had a fair bit of radio airplay and positive reviews all round. I was particularly happy as I’d had a few aborted attempts to record the songs before but wasn’t satisfied with the results – until now! The title track has a video with some of my art accompanying it here.

I also recorded a third album of new material called ‘Before Koresh’ featuring guest appearances from The Dickies singer Leonard Graves Phillips and Magazine/The Finks keyboardist Dave Formula, due to be released in March 2015. My final musical recordings of 2014 were with Hull writer/poet/wordsmith Joe Hakim who I’ve collaborated before with. I love Joe’s work and have been busy setting an album’s worth of his words to music which hopefully will see the light of day in 2015 as well.

My relentless art-making continued at a feverish pace in 2014. I made over 100 collages and couldn’t imagine a day not working on them for at least a couple of hours (though usually a lot more). I did a couple of gigs with The Dickies and one with Dave Formula and The Finks where I projected my art on a screen behind me as I played and was thoroughly entertained watching the audiences diverse reactions as the images appeared. I’ll finish with this piece, ‘The Eternal Child In Middle-Age’. 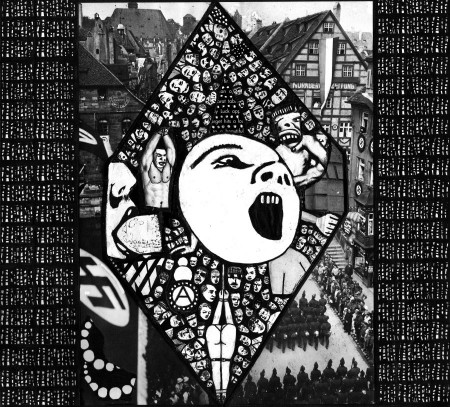